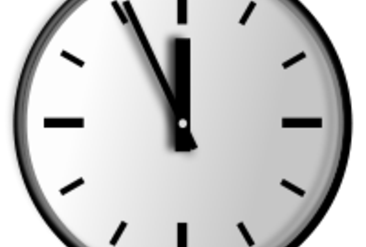 How long to proficiency?

English and Spanish are easy. Japanese and German are hard. I have heard variations on these claims many times over the years, and my answer has always remained the same; no language is easy to learn, or perhaps more accurately, no language can be spoken fluently without a considerable amount of effort to reach that level.

Malcolm Gladwell’s claim that it takes 10,000 hours of practice to become an expert in something may have been discredited in regard to sports, but in relation to language learning, I think he is on to something, and we should take note.

Both those who are learning a foreign language for their job as well as those who manage them should be realistic in their expectations. A learner should not expect to reach “near native” proficiency in six months. A manager should not expect an employee to competently and confidently lead international negotiations in English if they were at an intermediate level 3 months ago, and have had one lesson a week since then.

Learning a language, any language, takes time for the normal learner. Yes, there are some gifted people out there who can learn a language in two weeks, but for the large majority of us, with families and work commitments, it is a long, slow journey to proficiency with the odd embarrassing mistake along the way. 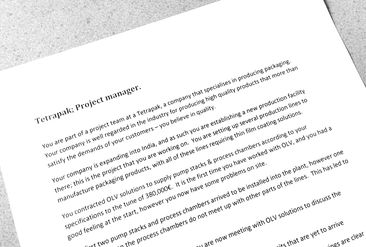 Task based Learning; participants develop the scenario for a meeting themselves, then role play it.

Task Based Learning (TBL) in a corporate language training environment has many advantages, not just for the learner but also for the company’s profit and loss statement. If you doubt this, then just ask yourself these two questions; “How much money do we lose through poor or faulty communication between our staff?” and “How much money do we lose because of poor or faulty communication with our clients?” It is difficult to produce an exact figure, but the fact remains; poor communication costs your company money in wasted time and lost deals.

So how does TBL help to reduce this problem?

When TBL is done properly, the tasks that the participants perform in the language training room are very similar, if not the same to those daily, real world tasks that they do in their jobs. As language trainers, we can observe participants during the task process and take note of not only where they have problems due to missing vocabulary and grammar, but also where there may be communication skills gaps or even gaps in knowledge. In the debrief phase of TBL, we can feed in the needed vocabulary and grammar, and also help out in suggesting and practicing new / alternative communication approaches that are appropriate.

In brief, it is not simply language training that is occurring. In addition to language, participants are practicing and refining their professional communicative competence and getting help with any skills gaps that may show up. Part of a training budget well spent, I say.

So what do YOU need to do to get TBL into your company language training program? Make sure you have an experienced trainer with a good understanding of business. That’s where we can help.