Born in Melbourne, Australia, Mike spent his early twenties completing a Bachelor of Arts and working for the Australian Army. After working in various positions for several Telecommunications companies, the spirit of adventure took him through Malaysia and Canada and later Japan where he worked as an English trainer in Tokyo.

He came to Cologne in 2002 continuing his work as a language trainer and furthering his education, completing a Trinity TESOL and later gaining his Masters of Applied Linguistics. When not working, he can be found playing Dad. 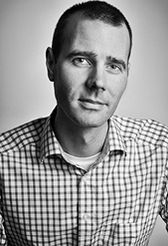